First off let me apologize... It's been forever since I've posted on this blog! I've started a major love affair with tumblr and then that wicked temptress Instagram came in and well I've been quite torn betweent the two. I also have been posting on www.truealum.com where I have my own column "Spend The Night with a Bombshell." Some things have transpired that have renewed my urge to document in words my lessons in life. The rapid approach of the year 2012 is bringing about change, financial security and growth, a year closer to 30 and the official launch of my own personal website... www.whoisbombshelleve.com ... which will include all that encompasses my life, my adventures and misadventures, affairs, sex tips and tidbits, fashion, modeling and videos. Very excited to finally be taking this step and of course to be doing it the way I envisioned. Now to get into this blog..

It's said that "all is fair in love and war," but is it really? Breaking up or ending an affair is messy business and depending on how long the end has been near, almost destructive to any possibility of friendship. I found that there was a willingness on my end to be "the victim." To have the " why why why" mentality until the guy really hated me. Part of maturing for me was realizing that while I have the right to ask "why is this happening," in an effort to better myself for the next relationship , I have to ask almost knowing that I may NEVER get an answer or a logical one at that. Not all relationships are love, some are purely circumstancial and some never make it to that love stage. I love HARD... and I can honestly say for once in my adult life I was really in love.

There is always a hesitation on my end to speak on anyone else's feelings , so I won't, I will say for me that I loved him ( love, since this is still fresh) for who he was and is, his good days, bad days, when he acted like he could'nt breathe without me and when he acted like he didn't even think about me. I also realize that I am really the last person to fall out of love or even know that its time to push on. In this situation I allowed the "circle" to continue as much as he did, hoping that the way I felt wasn't in vain. Both of us expressed a saddness over the fact that there was no friendship, it was constantly over powered by a posessiveness and a pathetic attempt at just "being friends." I can honestly say I was the chaser for the last year, with him playing the skilled role of the chasee. Always giving enough hope that I hung on and expressing enough sadness when I said I couldn't anymore. And I ate it up! I think that there is an innate fear in all of us about being played, and while there is a great possibility that may be what has gone on here, as of right now I don't know. Played is at the mindset of the person, I look at myself proudly for being able to express how I felt to him even when I was returned with "thank yous" or " I just find this hard to believe."
Tenions boiled over finally when I was accused of something I couldn't possibly do, nor would want to. Back peddleing on a semi-public declaration on his end was made with a clear request of me to "kick rocks." An while this is par-de- course of our normal routine I notice something different in me. I still lost my appetite and wanted to sleep until I couldn't anymore, but the tears were far less. Definitely more of a knee-jerk reaction to my feelings being hurt as opposed
to the deep pain of loss. I finally reached that infamous "numbness" that I've heard men speak about regarding some of the games we women can play. Also gone was my need to understand, replaced by knowing "poor baby didn't have a clue what he wanted." As the terms of endearnments completely gave way to non personal dialogue, the attempts of making it seem like I dreamed up the whole encounter, harsh advice to "get over it," and the villian role being completely assumed I found myself chuckling.

YES CHUCKLING!
No I'm not crazy, I just really found myself still extremely thankful for the experience, for me learning that I am romantical, that I will never ever ever be a secret no matter whom it is I'm dating, that I can't make someone see their own beauty no matter how hard I try. I learned that I will not fight someone for them, especially if its not just me they're running from, that no matter how many emotional gut punches I take if I love someone I love them and still can walk away without an ill word to say about them. Most importantly I can do all of this without him ever knowing. My mother says that the things he said were just to get me to leave him alone and hurt my feelings, I acknowledge that she could be right, but I think its high time I take him for word value. I can share all of this because I know in the end I am the lucky one, because I finally opened up and allowed myself to love and be loved, even if he chose in the end not to.
I want to say he isn't the man I thought he was, but I know that's not true and that one day he will be the man I know he is. But only when he's ready, and that woman will be a blessed one! So even though all contact with him is now and possibly forever ceased I just want to say Thank you K.A. and may you find your happiness.

Ultimately a lady just kills them with kindness!.
Posted by Bombshell Bella at 5:01 AM No comments:

HHHHHeeeellllllooooooo my faithfuls!!!!!! If you are just now tuning into my affairs let me warn you, I get into some shit! Most of the time I happen to fall into some dope shit, and meet dope people... but every so often I just fall into some shit! March 17th marked the birthdays of my bestie for life Jessica and my Bombshell Cartel member Anna. So in our usual black "sex and the city" style we stepped out friday night for a Dwele show at the very posh Yoshi's in san francisco! I was LATE.... smh like always but we all looked fanatasic and Dwele put on a wonderful show!!! Feeling like my old party girl self I was down to hit another event or two after Dwele ended.... and it just so happened that I got a inside line to two events. The old homie Dj Franzen was in town and spinning in SF as well so off we smashed to stop by and say hi!! Then it was off to Oakland, for the Pisces bash where I was in dire need of some shots! Two shots of Ciroc and 1 shot of patron later..it was time to head on home. Pretty innocent and uneventful right until I took my exit and got pulled over!!! 0_O I was not swerving or driving in a suspesions matter by the own accord of the officer he merely saw me doing the "weave pat" and decided to pull me over(clearly he was not black). Two officers and a slew of soberity tests later I was axiously awaiting in the back of a warm police car to take the breath alazyer test, completely praying that I was not gonna be the first time that I experience handcuffs. After embarrassing the officiers a bit, I blow and we all look to see what numbers pop up on the screen. .078 second blow .075 .... under the legal limit by a smidge but not out of the realm of trouble... my licence is suspended. Gratefully , my willingness to cooperate and cheerful demeanor I was able to call a ride and get picked up, just for safety. Needless to say I won't be testing my luck anymore!!!! 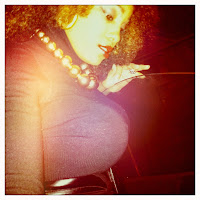 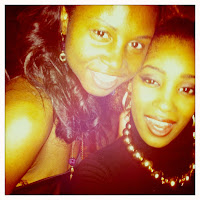 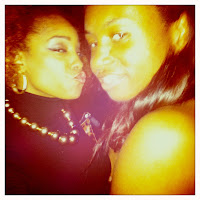 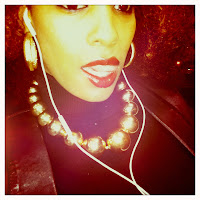 Here are some images ... Also I had an amazing test shoot with 510 Media photographer Nana... can't wait for the actually shoot...

Damn almost forgot about my life giving Tuesday night after my test shoot at the "Bet Music Matters" event at 1015 coordinated by Mr. Je... I did miss my buddy London (@londonland) perform but I know he killed it... here is his video "Body" shot by Fred Shavies (3680photography.com )taken from the event

... and here are some images and video of Marsha Ambrousis and Melaine Fiona ... My girl Ki joined me and Special Love To Delf aka @drpostalot and @Mrje for making sure I was in the house!!!! 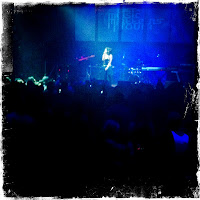 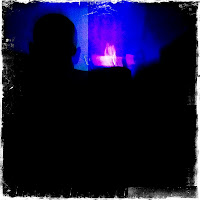 Posted by Bombshell Bella at 3:44 PM No comments:

So last month I was approached by a photographer to give my advice and share my expericences on being an "non-agency" model. Well my experiences, advice and tips are featured in an E-book entitled.. "The Aspiring Models Guide to Self-promotion" by L.J. Black.

This ebook is completely free and definitely gives you a nice picture of what you may face and how to get your self-promo going.

I'm so happy and honored to be able to contribute to this....

OMG!!! THE FASHIONISTA IN ME IS IN HEAVEN...

I FOUND A NEW PLACE TO SHOP ONLINE..


LOVE LOVE LOVE..... AND YOUR WELCOME
Posted by Bombshell Bella at 10:29 AM No comments:

Coming soon: My excerpt in an Ebook on modeling... 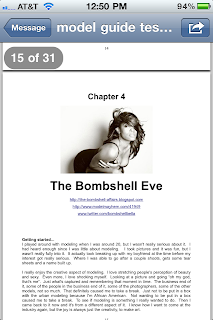 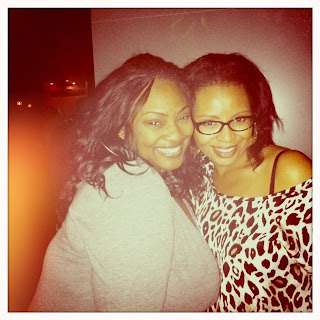 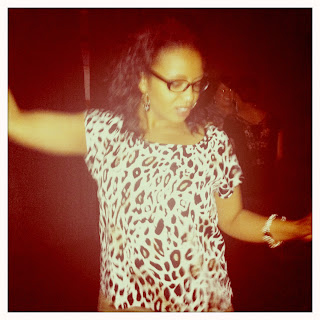 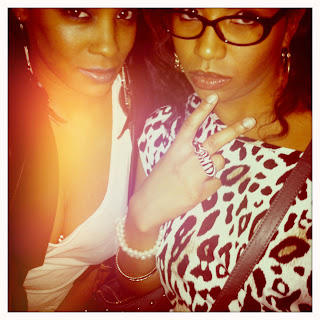 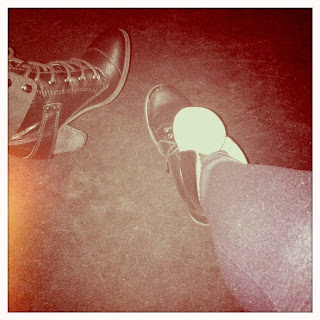 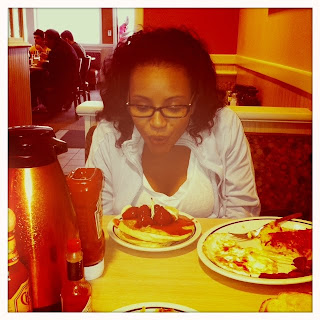 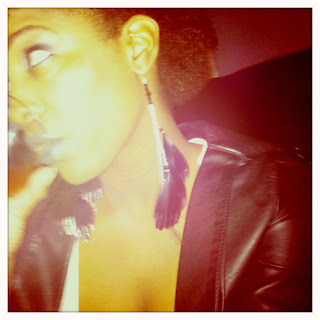 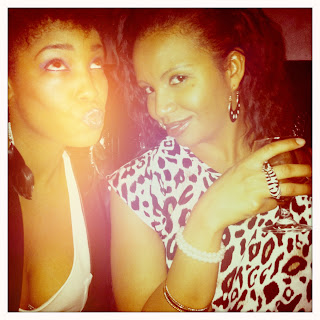 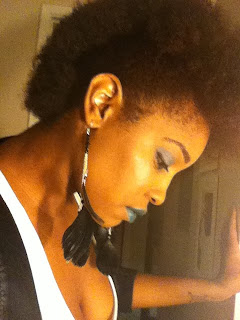 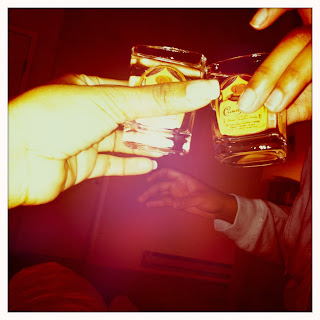 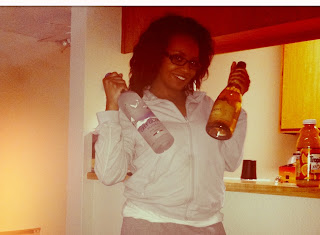 Posted by Bombshell Bella at 1:06 AM No comments: 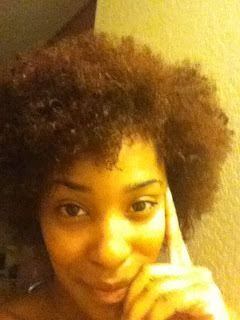 I made a decision back on the 21st of October, 2009, to do something different with her hair. As a young Bombshell I discovered how much I enjoyed changing my hairstyle, it was like a small form of dress up, so I constantly changed my hair. The reason why this decision I made was so major that I remember the date is because for the first time since I was 5 years old, I decided to go au natural. Well, okay, I cheated and attempted to transition for a bit, I did a texturizer. I then rang in the New Year with No chemical at all, 2010 I decided to stop all chemicals. By early July 2010 I did a mini-Big Chop and cut away the last of the remaining chemical from my ends. My hair was so short I could barely pull my hair back into a little "puff." It was a very vain period in the "natural hair" journey. Let's just say, lacefronts, half wigs and full wigs became my over used accessory. Another Year began and it was time to see a natural hair stylist and get over my newly developed "stylist" fear. Ms. thang washed, deep conditioned, colored, cut and flat ironed the hell out of my hair..and I was loving my decision!! Not only while it was straight..but the length of my coils when I finally washed my hair. Pictures below!!! 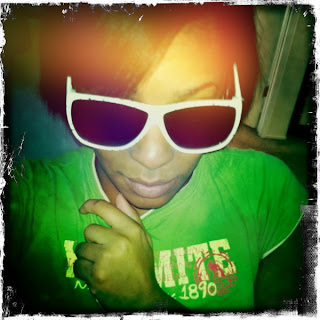 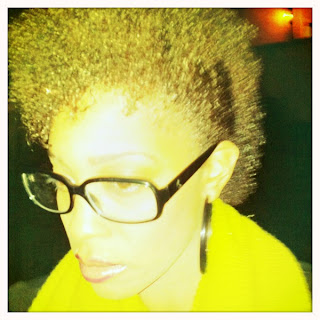 I have also developed a serious case of "Fro" envy... see the natural beauties I am gunning for... 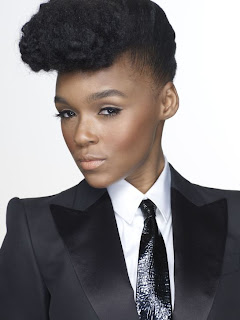 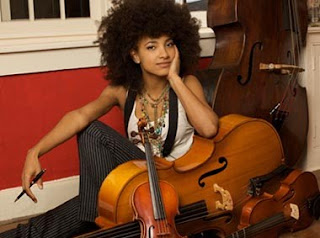 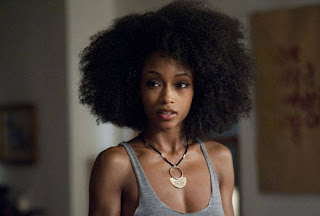 Posted by Bombshell Bella at 1:58 PM No comments:

May I shoot You?